The 59-page indictment, filed in federal court in Manhattan, alleges the men and others at Archegos sometimes timed their trades to drum up the interest of other investors, while borrowing money to make bigger and bigger bets. The Department of Justice states, “Hwang and his co-conspirators invested in stocks mostly through special contracts with banks and brokers called “swaps.” As alleged, these swaps allowed Hwang to cause massive buying of certain stocks, including at carefully selected days and times, to artificially pump up stock prices. Hwang, Halligan, and their co-conspirators lied to banks and used a series of manipulative trading techniques to keep those prices high and prevent them from falling. The lies fed the inflation, and the inflation led to more lies. The scale of this alleged fraud was stunning.  In one year, Hwang turned a $1.5 billion portfolio and fraudulently pumped it up into a $35 billion portfolio.” The effective size of the firm’s stock positions swelled to $160 billion — rivaling some of the biggest hedge funds in the world.  The case marks the biggest financial-crime charges to come out of the Southern District of New York under the leadership of Mr. Damian Williams, who was sworn in October 10, 2021.

The SEC has also filed a civil complaint stating that Mr. Becker, the former chief risk officer at Archegos, and Mr. Tomita, the firm’s former top trader, had led discussions with the banks about the firm’s trading positions but that Mr. Hwang and Mr. Halligan had directed and set the tone for those discussions.
For more background on this case, please click here. 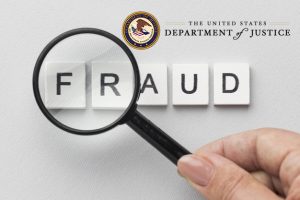