When the PPP program was first created, it was meant to assist business left struggling by the Covid-19 pandemic.  One of the key provisions of the program, was that the Small Business Administration (SBA) would guarantee the loan which meant that borrowers could secure loans more easily.  As mentioned in a previous blog, the government in the spring of 2020 started to go after the most egregious and problematic PPP loan applications and payments and really ramped up prosecutions.

But now, the DOJ, IRS, SEC etc are shifting their focus to more complex investigations.  We have clients where the government is scrutinizing every aspect of the loan application such as

-was the box checked stating that you only had one entity

END_OF_DOCUMENT_TOKEN_TO_BE_REPLACED
PPP Loan Fraud -NEWEST DEVELOPMENTS
As we continue to see in the news, many cases are being charged by the Department of Justice for PPP (Payroll Protection Program) issues.  There continues to be a lot of confusion out there over the Paycheck Protection Program (PPP). Understandable since information continues to change about how to apply, whether to apply for forgiveness, and the second round of PPP loans being rolled out.  Due to the rules and the program itself changing frequently, it is important to not fall under scrutiny by the DOJ. 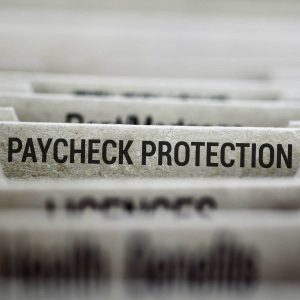 The Department of Justice (DOJ) has already charged and convicted many cases of PPP loan fraud.  But, the purpose of this post is that, recently, the DOJ announced the first (publicized) civil settlement resolving PPP loan fraud allegations against a company and its owner.   The owner and SlideBelts, Inc  was required to pay a $100k civil penalty per FIRREA civil penalty provision 12 USC 1833a and the False Claims Act (FCA) 31 USC 3729 in the Eastern District of California.  The DOJ continues to be aggressive and swift in bringing criminal charges, but, this is the first public civil settlement.  Please see  https://www.justice.gov/usao-edca/press-release/file/1352931/download to read it in its entirety.
END_OF_DOCUMENT_TOKEN_TO_BE_REPLACED

https://www.nbcnews.com/business/economy/congressional-investigation-finds-over-1-billion-ppp-fraud-n1239001).  The Paycheck Protection Program (“PPP”) was authorized as part of the Coronavirus Aid, Relief, and Economic Security Act to provide forgivable loans to eligible small businesses. Under the PPP, small businesses can apply for loans that must be used for payroll expenses, interest on mortgage, rent, and/or utilities only. The amount of a PPP loan that a business could receive is generally 2.5 times (or 250%) the business’s average monthly payroll cost.  The United States Small Business Administration oversees the PPP, but individual PPP loans are issued by private, approved lenders and banks, which are federally insured financial institutions.

How does the government identify potential fraud?  They review the following, among other things:

END_OF_DOCUMENT_TOKEN_TO_BE_REPLACED

In Operation Brace Yourself, DME and medical brace manufacturers were alleged to have paid “kickbacks” and “bribes” to doctors and nurse practitioners working with telemedicine companies for exchange for Medicare patient referrals for medically unnecessary braces.

In Operation Double Helix, patients nationwide were allegedly lured into providing their DNA for testing in a widespread genetic testing fraud scheme powered by a large telemarketing network. The doctors and nurse practitioners involved were paid to write orders prescribing the testing without any patient interaction or with only a brief telephone conversation.

END_OF_DOCUMENT_TOKEN_TO_BE_REPLACED

Meg Strickler, a chair of the ABA section of International Law, Government and Public Interest Committee, is hosting a webinar tomorrow.

The US has recently authorized economic and travel sanctions against the members of the International Criminal Court who are investigating war crimes committed in Afghanistan. Are these sanctions lawful and justified? Should the US fear the jurisdiction of international courts? Our panelists will discuss these recent developments in the sphere of US foreign policy and international law.

Click the link for more details or to register. Discussion begins Friday, August 7, 2020 at 1:30pm EST:

END_OF_DOCUMENT_TOKEN_TO_BE_REPLACED

Federal agencies can use the “national security” exception to avoid search warrants and use unobtrusive stingrays and dirtboxes to obtain cell phone numbers, owners’ names, and owners’ addresses. Without targeting a suspect, they can access large swaths of data by using this technology in crowds. They can even use that data after participants leave a gathering to track and investigate the people in attendance.

What are Stingrays and Dirtboxes?

As chair of the Cyber Crime committee at iTechlaw, Meg Strickler gives her insight on data breaches from various perspectives on an iTechlaw webinar this week.  She and the other panelists discuss:

END_OF_DOCUMENT_TOKEN_TO_BE_REPLACED

You spent all those hours and training to pass the Georgia Board of Dentistry only to turn around and have that license threatened by something you do to help your patients. As a dentist, you focus on keeping your patient’s oral health in good order and helping them achieve a better smile. Unfortunately, when the state examiners show up, it can be difficult to know what to do.

The Georgia Board of Dentistry has 11 board members who determine the current rules and regulations. Not only do they handle the rules, but they also approve licensing and renewals for the state. While the National Board Examination administers the exam, you must go through the board to obtain a license. Dentists must also submit to HIPAA guidelines because they handle patient information. Understanding the various rules on what procedures and prescriptions you can administer can help you avoid negatively impacting your license.

END_OF_DOCUMENT_TOKEN_TO_BE_REPLACED

From online harassment and cyberstalking to cyberterrorism, cybercrimes have become increasingly common.

If you are under investigation for a cybercrime, you should know that the prosecution will be aggressive and the penalties harsh.

END_OF_DOCUMENT_TOKEN_TO_BE_REPLACED

You probably never image your involvement in white-collar crime such as identity theft, embezzlement or cyberstalking.

However, vehicular manslaughter also falls into this category. Given the right set of circumstances, anyone who drives could face arrest for this kind of crime—even you.