“THE ATL COURT MISSION:  Our mission is to provide the opportunity to avoid some of the consequences of aberrant criminal conduct to certain individuals charged with non-violent crimes in the Northern District of Georgia who would most greatly benefit from intense supervision, education, or treatment.”

END_OF_DOCUMENT_TOKEN_TO_BE_REPLACED

The 59-page indictment, filed in federal court in Manhattan, alleges the men and others at Archegos sometimes timed their trades to drum up the interest of other investors, while borrowing money to make bigger and bigger bets. The Department of Justice states, “Hwang and his co-conspirators invested in stocks mostly through special contracts with banks and brokers called “swaps.” As alleged, these swaps allowed Hwang to cause massive buying of certain stocks, including at carefully selected days and times, to artificially pump up stock prices. Hwang, Halligan, and their co-conspirators lied to banks and used a series of manipulative trading techniques to keep those prices high and prevent them from falling. The lies fed the inflation, and the inflation led to more lies. The scale of this alleged fraud was stunning.  In one year, Hwang turned a $1.5 billion portfolio and fraudulently pumped it up into a $35 billion portfolio.” The effective size of the firm’s stock positions swelled to $160 billion — rivaling some of the biggest hedge funds in the world.  The case marks the biggest financial-crime charges to come out of the Southern District of New York under the leadership of Mr. Damian Williams, who was sworn in October 10, 2021.

The SEC has also filed a civil complaint stating that Mr. Becker, the former chief risk officer at Archegos, and Mr. Tomita, the firm’s former top trader, had led discussions with the banks about the firm’s trading positions but that Mr. Hwang and Mr. Halligan had directed and set the tone for those discussions.
END_OF_DOCUMENT_TOKEN_TO_BE_REPLACED

Attorney General Merrick Garland made recent comments about what he considered to be the Department of Justice’s top priorities for 2022.  Since taking office in March 2021, Garland has tried to combat crime in a tumultuous time.  He has been criticized for his handling of January 6 investigation and has stated it’s the most urgent probe in history.

With all of this going on, the US Attorney’s office increased its prosecutions of individuals of white collar crimes in the year 2021.  White collar charges like fraud, theft, corruption, bribery, environmental crime, tax fraud, health care fraud, procurement fraud, money laundering, PPP loan fraud, etc will continue to get more attention from the Department of Justice.

What does this mean?  It means that investigations of any sort need to be taken seriously and that you should contact a lawyer immediately if any wrongdoing is alleged.

END_OF_DOCUMENT_TOKEN_TO_BE_REPLACED

What is a Grand Jury?
The purpose of the grand jury is to determine whether or not there is probable cause to believe that any federal felony has been committed. A typical federal grand jury consists of between 16-23 citizens drawn from the community.
The jurors meet in a closed courtroom, with no judge, no accused, no press, and no lawyer but the prosecutor present. This means your lawyer will NOT be present in the closed court room.  The grand jurors decide whether or not to indict a person or persons by listening to witnesses and evaluating evidence obtained by grand jury subpoenas. At least 12 grand jurors must find that there is sufficient probable cause in order to return a True Bill,  which when signed by the prosecutor becomes the indictment: the formal criminal charge that the government must prove beyond a reasonable doubt at trial. If the grand jury does not find sufficient probable cause, which almost never occurs, then it returns a No Bill.
END_OF_DOCUMENT_TOKEN_TO_BE_REPLACED 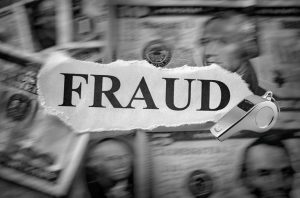 What does Qui Tam mean?

Qui tam is short for the Latin phrase “qui tam pro domino rege quam pro se ipso in hac parte sequitur,” which roughly translates to “he who brings an action for the king as well as for himself.”

END_OF_DOCUMENT_TOKEN_TO_BE_REPLACED

If charged with embezzlement, you could face a federal court, or a state court could hear your case, depending on the circumstances. In either case, embezzlement is a serious matter, as well as a complicated one.

Embezzlement begins with property in your lawful possession, though not belonging to you. If you were to then use it in a way that goes against your agreement with the property owner, there could then be an embezzlement case against you.

The requirements to prosecute an embezzlement charge are different from those of a comparable crime like larceny. Here are some important distinctions that set embezzlement apart.

END_OF_DOCUMENT_TOKEN_TO_BE_REPLACED

Eight Georgia residents were recently sentenced in federal court for various convictions following a lengthy investigation by the U.S. Department of Justice. According to reports, numerous tax fraud and money laundering conspiracy activities were conducted from 2009 to 2012. A DOJ spokesperson stated that millions of dollars were claimed on fraudulent tax returns.

According to reports, the individuals sentenced claimed $35 million in refunds on over 100 tax returns. The refunds were for the fuel taxes for a number of corporate vehicles. However, during the investigation, it was discovered that the vehicles were never used by the companies listed on the returns. Agents from IRS Criminal Investigation worked with other law enforcement agencies to uncover the activity.

Seven men and one woman from Georgia were sentenced for multiple counts, including theft of government funds, false claims conspiracy and filing false claims. Other charges included conspiracy to steal government funds, using phony identification and attempting to cash checks generated by the scheme. The sentences range from six months to seven years in prison with many followed by several years of supervised released. Several of the individuals have been ordered to pay restitution, ranging from approximately $750,000 to over $5.5 million.

END_OF_DOCUMENT_TOKEN_TO_BE_REPLACED

Many Georgia residents and others around the nation seek the treatment of chiropractors for relief of back pain and other spinal issues. Much of this chiropractic treatment is covered by the patients’ medical insurance. Recently, two Georgia chiropractors were charged in federal court with conspiracy and insurance fraud after allegedly submitting false claims to providers.

A 38-year-old man and a 50-year-old woman have practiced at a chiropractic clinic in Marietta for the past three years, according to reports. They purportedly filed claims to private health insurance companies for procedures that were never conducted. The allegations have come following investigations by the FBI and the IRS Criminal Investigation unit. Also involved in the case were the Georgia Office of Commissioner of Insurance and the Atlanta Police Department.

The two chiropractors are accused of using personal information from their clients. They supposedly submitted this information in claims to insurance companies for services that were never performed. According to the reports, there were occasions where the patients that were supposedly being treated were out of the country at the time of the service.

END_OF_DOCUMENT_TOKEN_TO_BE_REPLACED

Many Georgia residents and others around the county have a good working relationship with their insurance agents. The agents frequently understand the needs of their clients and offer products and services specifically tailored to their situation. Recently, however, two individuals were accused of committing insurance fraud, following an investigation by state authorities.

The state insurance commissioner reported that a 34-year-old woman and her 48-year-old husband were arrested in their home. Purportedly, information from the man’s previous client base was used by the couple. The information was used without the former clients’ knowledge. With the information, the couple allegedly stole over $11,000 in commission fees. Officials believe that the total amount taken could rise over $100,000.